Ever wonder what it would be like to see a Bullet of Reason live DJ gig full of house  and electro-pop, dub/drumstep massiveness? Even if you’ve already experienced the Machine, you can take it all in again THIS SATURDAY! I’ll be DJing alongside my buddy DJ Kalin Clein at Colonel Mustards in Newmarket (head over to his page and show him some love). So come out and have some food/beverages, and of course… rock out on the dance floor as we pound your eardrums with the wide range of heavy and melodic musical madness! I look forward to seeing and partying with all your sexy faces!

Head over to the Facebook event page for all the details!

For those of you who came out to my wedding this year, first of all I can’t thank you enough for celebrating such an awesome day with Kattryna and myself. As you saw and heard, I went behind the decks on my wedding and spun some tunes for you all… which lead to A LOT of you that wanted to get your hands on a copy of my set. Then the word spread to many people that I dropped some tunes down and then even more of you wanted to get a copy of what I played that night.

So here it is! A free download JUST FOR YOU of what I played on November 17th, 2012. I’ve also included the setlist so you know what you’re listening to!

It’s been a little bit since there’s been any activity on my website so I gift you a free Mixtape of a litte DJ session I did this evening. Why not go ahead and download it and let it take over your brain with beats and bass and some Bullet of Reason madness!

Right-click and “Save As” to get the full mp3 download!

Well I’ll be damned, just mixed 3 tracks that needed to be mixed for awhile now (levels were bugging the hell out of me). And I may have an unsuspected track appearing on the album which will more than likely be an instrumental downtempo track. I have a feeling it’ll probably be the track that closes the album. As of this moment, I think it’s safe to say that 8 tracks for “Breathing the Machine” are done and ready for the mastering stage. Just a few more tracks to flesh out and mix properly and re-record some vox and guitars and reprogram some synths and strings and then mix and level and get it all ear-tingly-nice. This album may come out sooner than I even expected at this rate!

On a side note, June 18th is going to be my next live show. This time, if all goes well, I plan on actually singing a couple of my tracks from Breathing the Machine and then mixing that into my DJ set. You can get all the information on where I’ll be playing RIGHT HERE!

And some of you may be wondering when in the hell I’m going to do my online DJ broadcast where you can actually sit back (or rock out) to a full Bullet of Reason DJ set in your very own home wherever you are in the world!  Well, I’m still putting that playlist together and I can tell you this: It’ll probably kick start the summer. More details on that to come! Next, I’ll try to figure out how I can actually do that by popping out of the screen and into your living rooms or wherever you keep your computers. 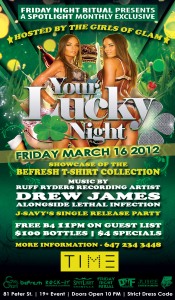 We’ve got the VIP tickets ready and people are already reserving some. Head on over to the official event page where you can get all the details!

MESSAGE US TO RESERVE YOUR VIP TICKETS FOR REDUCED ENTRY ($10 cover with VIP card, $20 without!)

We look forward to seeing you there as we rock out the ENTIRE night!